I tried a new recipe from the WW app last weekend: Cheeseburger Bombs.

My verdict: They’re really tasty, but a pain in the butt to make.

The recipe calls for dividing a batch of 2-ingredient dough into six equal pieces … but that leaves very small pieces to stuff.

I think next time I’ll cut the dough into quarters but stuff with the same 2T cheese, 1 T cooked beef & 1 tsp each mustard and dill relish. That should give me more dough to work with, making it easier to make each “bomb.”

Anyway, last week was a good week on the scale — I managed to lose 2.2 pounds. Could the struggle bus be pulling away from the station without me?

I certainly hope so. IF I can keep it up, I might FINALLY get out of the 250s in the next few weeks.

That, of course, is a BIG if, because this is a holiday week—and a holiday that centers on food, no less.

Thanks to COVID risk, we aren’t going to Doug’s parents’ house (even though we live in basically the same town). Not only do we want to avoid putting his folks at risk, my work has asked that anyone who fails to follow CDC recommendations to not celebrate outside your home quarantine and work from home for 14 days after celebrating …

And I DO NOT want to work from home for two weeks after Thanksgiving dinner. Some people might think WFH is their jam, but I’ve discovered I’m TERRIBLE at it. I can’t focus and feel like I’m getting absolutely nothing accomplished.

No thank you. I’ll work from home if forced to, but I’m not going to do so voluntarily.

This means I’m in charge of our Thanksgiving dinner for two. We’re having roasted turkey breast, Stove Top, mashed potatoes, jarred gravy, green bean casserole and a lower-Point version of Peas and Crayons’ Speedy Stovetop Cranberry Sauce. (I use artificial sweetener instead of the large amount of honey her recipe calls for.)

Doug’s mom is dropping off some of their pumpkin pie and the traditional fruit cup today.

I also made a batch of Pound Dropper’s Crustless Pumpkin Pie Cupcakes. I’m about to enjoy one for an afternoon snack, because I got 18 of the suckers out of the recipe. I misread the directions & filled each muffin cup 1/3 full instead of filling each one with 1/3 cup of batter as instructed.

Oops. I’m sure it’ll still be delicious … and still only 1 WW Point per cupcake (all in the flour). 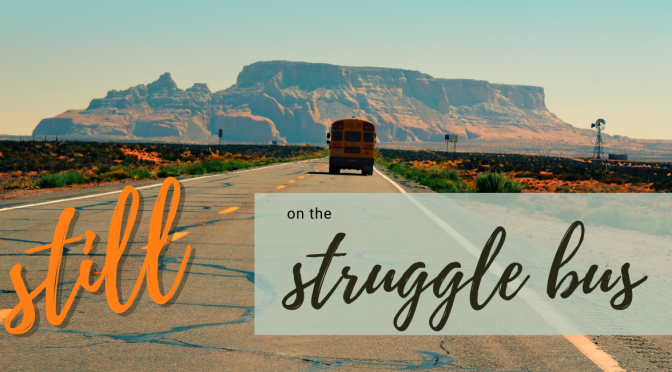 In case you hadn’t figured out by my month-and-a-half hiatus, I’m still struggling to get back on the losing train. My weight basically remains the same since March—give or take a couple of pounds.

Currently, it’s give (my gut) a few more pounds. Thanks, election-related stress eating.

That’s why I was excited to see the new features WW launched this week as part of its MyWW+ program.

I’m hoping it will be just the kick-start I need to get back into losing mode, especially since I have less than a year left until my big 50th birthday. I’d still like to be a my goal weight by then, though that looks increasingly unlikely when I have 75 pounds to lose and it took me more than a year to lose the first 50.

Right now, I’ll just be happy to be in One-derland by next October 7. That means losing another 50-ish pounds.

This pandemic life is driving me crazy. I’ve needed a haircut since April, but I don’t feel like chancing a trip to the salon. I’m still working fewer hours, which leaves more time for crocheting … AND snacking.

One could argue that I also have more time for working out—and one would be correct. But for some reason, I find that tougher to get done.

Excuses, excuses. We all have plenty of those, don’t we?

I also have less money because of the reduced work hours, which leads to more stress about my finances.

WW’s mindset pillar seems to be where I’m struggling the most. I’ll have a couple of good, on-track days and then want to eat ALL. THE. THINGS. And when I eat something I don’t feel I “should” eat, I tend to stop tracking and keep eating … because I’ve already “blown it” for the day. Might as well, because “I’ll never have X food again.”

Logically, I know this isn’t true. Unfortunately, the message doesn’t always make it from my brain to my mouth.

The new meal planning tool in the WW app looks like it will be useful, especially in keeping me from resorting to takeout. My biggest issue is trying to come up with dinner plans on the fly. I end up thinking it’s easier to order something.

I just wish they’d added the menu planner to the app before I invested in the paper 52-week menu planner.